Best Things to Do on Armistice Day in Boston

Veterans Day events in Boston pay tribute to veterans, and to Boston's military history and fight for freedom.  The holiday marks the anniversary of the November 11, 1918 signing of the Armistice, the agreement to end the fighting phase of World War I, once called the "war to end all wars."

Veterans Day takes place on Friday, November 11, with the big Veterans Day Parade scheduled for November 5 at 12 noon.  By tradition, Veterans Day is always officially observed on the Armistice anniversary, regardless of the day of the week on which it falls, although other events such as the parade may take place on other dates.

Veterans Day is an official Federal holiday, which means Federal, state, and municipal offices, banks, and schools are closed in Boston on November 11, although most other businesses including stores, shopping malls, and restaurants remain open.

Big Veterans Day sales and discounts also start on the weekend before the 11th, making this the last good chance to shop for gifts on sale before the frenzy of Black Friday holiday shopping starts toward the end of the month.

Although Armistice Day initially honored just those who fought and died in World War I, its meaning was expanded after World War II and the Korean War to honor all veterans - and to be renamed Veterans Day.

Looking for other top Boston events during November?  Check the November Events Calendar.

Boston's Veterans Day Parade will be bigger and better than ever this year, with the West Point Marching Band, a lot of other new groups, and an assortment of military units, high school ROTC groups, honorary militias, marching bands, and veterans' organizations.

The parade kicks off at 12 noon on Saturday, November 4 (to be confirmed) in front of the Boston Public Library (700 Boylston Street) across from Copley Square, marches down Boylston Street to Boston Common, turns left on Tremont, and ends at the corner of Park and Tremont Streets.

The Mayor's Office of Veterans' Services and the American Legion Department of Massachusetts coordinates the parade.

This is always one of Boston's best parades, and a fantastic opportunity to come show your support for Veterans and Active Duty personnel!

Here are a few photos from previous years to give you an idea about what to expect:

The award-winning Gaelic Column performs at many local cultural events and parades, police officer funerals, and ceremonies.  They have also performed in concert with the Dropkick Murphys.

These Active Duty marchers are part of the U.S. Navy crew who operate, maintain, and offer tours of U.S.S. Constitution in the Navy Shipyard.

Built in Boston in 1797, "Old Ironsides" is the oldest commissioned warship afloat in the world and is most famous for defeating a British frigate after a fierce battle during the War of 1812.

The U.S.S. Constitution is a popular Freedom Trail site.  More about visiting the ship

These marchers are from OUTVETS, a fairly new Boston LGBT veterans organization (and the first in New England) dedicated to LGBTQ vets, active duty members, and their families.

If you are coming from out of town to march in or watch the Veterans Day Parade, here are hotels close to the parade route: 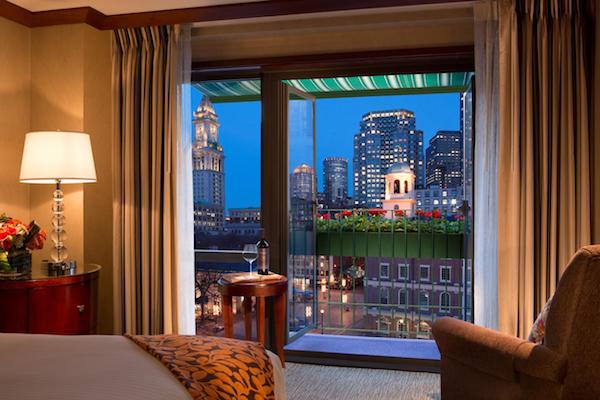 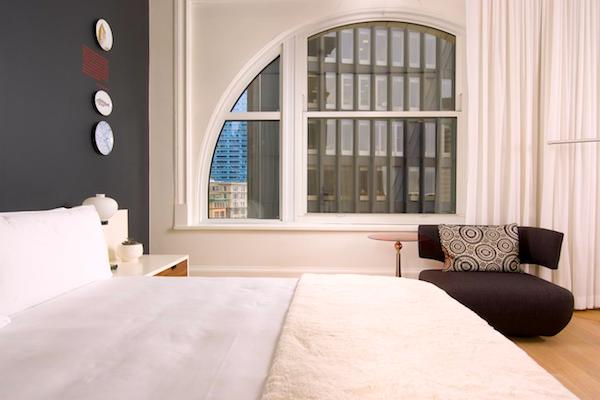 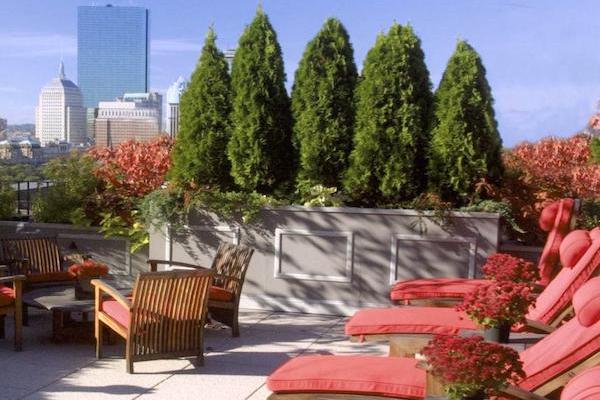 Being almost 400 years old, Boston has plenty of military history - and this special Veterans Day cruise to Fort Warren on Georges Island provides an enjoyable way to learn about it while honoring our veterans, past and present.

Once you reach Georges Island, Park Rangers will offer guide tours, as well as other activities for all ages.

Veterans and active duty military pay $5.  Everyone else pays $10.

Please note - this cruise takes place on Saturday, November 11, 11am-3pm.  Be there no later than 10:30am for boarding. (to be confirmed)

More information:  Reservations are required.  Go online to sign up and get tickets: https://www.bostonharborislands.org/calendar/

Veterans for Peace will host an event at Boston Common's "Speaker's Corner" (corner of Park and Tremont Streets by Park Street T Station) on Thursday, November 11th from 10am - noon to remember those died in war and celebrate peace, the original purpose of Armistice Day.  (we haven't been able to confirm this for 2023 - but if you're in the area, look for them at Speaker's Corner on the 11th)

Veterans will stand along Tremont Street with signs and flags, pass out fliers, and ring bells 11 times at 11:11am to commemorate the moment when the Armistice agreement was originally signed.  There will also be short (1-2 minutes) speeches in support of peace at the Speaker's Corner.  More information

Columbia Outlet stores (Wrentham Village and Assembly Row) normally offer military veterans (active and retired) 10% off their entire purchase.  On Veterans Day, they double the discount to 20% (source: www.military.com).  That's on top of the discounts and sales they already offer.  Their Veterans Day Sale typically offers 40%-50% savings on all men's and women's outerware - so the combined discount over Veterans Day Weekend gives veterans a really great deal.  You'll need an account at ID.me to receive this.

If you are a US Armed Forces Veteran, Active Duty, or Spouse, Home Depot and Lowe's will give you a 10% discount every day on most items.  For Home Depot, register through their military discount app (although your government-issued military ID card should also work); for Lowes, verify your status through ID.me and a Lowes online account (check the details here).

Wrentham Village Outlets offer some of the biggest bargains on luxury brands - sale prices on top of the usual discounts but get there very early to avoid traffic and parking snarls.  Or hop on one of the Wrentham Village buses from Boston (currently not available) and relax while someone else does the driving.

You can also find a closer discount shopping alternative at Assembly Row, 5 minutes (by subway) from Downtown Boston.  Hop on the Orange Line and get off at Assembly station.  Veterans Day sales at both Assembly Row and Wrentham Village Outlets usually offer 30% to 70% off the already discounted prices.

Target is offering a 10% military discount from October 29 through November 11 to all active-duty military personnel, veterans and their families. (to be confirmed)

Staples is offering a 25% discount from November 5 - 11 to active-duty military personnel, reservists, retired or disabled veterans and their immediate families. (to be confirmed)

Want to show your appreciation for the sacrifices that Veterans have made to keep our country strong?  Volunteer to serve meals at the New England Center for Homeless Veterans at 17 Court Street in downtown Boston, just a few steps from the Freedom Trail.

Volunteers are needed every day to serve both lunch and dinner, and for other activities as well.  You can volunteer as little as an hour, or for a full day - one time only, or on an on-going basis.

Saying "thank you for your service" to a veteran is fine - but taking personal action to show your appreciation is even better!

Old Town Trolley Tours  and Boston Tea Party Ships & Museum - Free admission on Nov 11 for all veterans, active duty military personnel, and police officers.  Must show current ID card for active duty or retired, or a DD214 (proof of release) at the Old Town Trolley Tours of America booth (Faneuil Marketplace - booth at 200 Atlantic Ave at the west of the Marriott Long Wharf Hotel next door to Columbus Park).  Please note: The trolleys operate as a 1-hour tour, not hop-on hop-off, from early November through mid-March.  More information:  https://www.trolleytours.com/boston/coupons-promotions (to be confirmed)

Franklin Park Zoo and Stone Zoo - Free admission to Veterans and their immediate on November 11, 10am - 3pm (closes at 4pm).  Military ID required. (to be confirmed)

The Hall at Patriot Place (by Gillette Stadium in Foxborough) - Free admission to this fun sports museum for military Veterans and Active Duty military service members on Veterans Day (also Memorial Day in May) - must show proper military identification.   (to be confirmed)

While you're at Patriot Place, check out all the discounts (mostly 10%) offered by stores and restaurants (to be confirmed)

National Parks - Entrance fees are waived on Veterans Day for active duty, former, and retired veterans (to be confirmed)

The DAV 5K Boston is a run, walk, roll, and motorcycle ride that thanks those who served and raises awareness of issues faced daily by ill and injured veterans.  It also features a shorter walk/run option of 1 mile or less.

This fundraiser supports Boston area events to help veterans and their families, and is sponsored by USAA and a number of other organizations.

This event takes place on November 11, 2023 (to be confirmed) at Fort Independence (no inside tour this year due on an on-going structural assessement) on Castle Island (2010 William J. Day Blvd), and starts at 9am.  Check-in is at 7am.

If you're a veteran or active duty military, local restaurants want to thank you.  You will need proof of your status, such as a military ID, photo of yourself in uniform, or other proof of service such as ID.me.  Unless otherwise noted, these Veterans Specials are for November 11 only.

All offers are to be confirmed for 2023.

The Liberty Hotel in Boston is hosting a special Veterans Day 4-Course Dinner Special with Michters Whiskey pairings in Clink and the Liberty Bar (215 Charles Street, Beacon Hill neighborhood) with discounts for all Veterans and Active Duty on November 10, 6:30pm.  Book through Eventbrite by November 7.  21+, ID required.  Email claire.cipolla@libertyhotel.com for an exclusive discount code to use when you book

Bar Louie - Free craft burger for all active duty and retired military on Nov 11 - dine-in only; plus, Bar Louie offers a 15% military discount everyday to Veterans and Active Duty military on regular-priced food items at participating locations (note: we have not been able to confirm if the Boston location participates)

California Pizza Kitchen - Free entree and non-alcoholic beverage from a special Veterans Day menu including pizza, salads, and pasta; come in your uniform or bring your military ID

Chili's:  Free meal on Nov 11 from a select menu for veterans and active duty military

McCormick & Schick's offers veterans, National Guard, and Gold Star honorees (parents and spouse) a half-priced lunch or dinner entree from a special menu (ie, no big steaks) at most locations on November 13.

Ninety Nine Restaurant & Pub - Free entree from a special Veterans Day menu when you purchase any other entree, 11am - 5pm, dine in only

Where to Stay for Veterans Day Weekend in Boston

Use this Boston hotel map from Booking.com to find great rates:

Go to the North End for Ravioli

Ravioli gained status as the traditional Veterans Day food after President Woodrow Wilson invited 2,000 hungry returning soldiers to the White House to dine on ravioli (newly trendy at that time due to advances in commercial canning) in 1918.

Carry on the tradition by heading to Boston's North End where most of the Italian restaurants along Hanover and Salem Streets will have ravioli - or other equally delicious pasta - on their menus.

Coming to Boston for a 4-day weekend including Veterans Day?  Here are suggestions about a few more things to do:

More to See and Do in Boston during November

More to Do in Boston in November