Boston Weather: Be Prepared for Change

Temperature Ranges, What to Expect, Packing Suggestions, & Things to Do

Boston weather can be unpredictable from one moment to the next.

Fortunately, a local saying sums up it up accurately: "If you don't like the weather in Boston, just wait one moment."

Although we have four distinct seasons, you'll find lots of overlap: occasional warm days during the winter, and in many years, colder days than you might imagine during the first part of June.

Our coastal location can create unpredictable weather patterns and cause rapid changes in temperature and other conditions:  howling nor'easters, blinding blizzards, torrential downpours, an occasional hurricane.

Even tornadoes - rare in this part of the state - do occur.

In particular, you need to be prepared for the extremes you might occasionally encounter, especially if you're planning to drive here during the winter.

In particular, you need to be prepared for the extremes you might occasionally encounter, especially if you're planning to drive here during the winter. 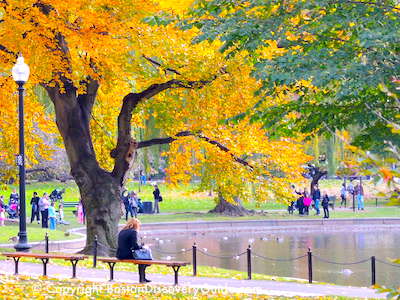 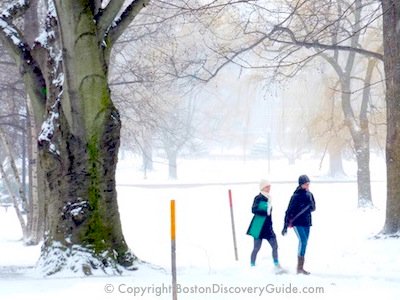 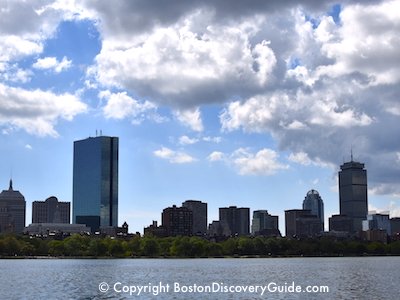 Boston Marathon Weather - Training for the Marathon?  What you might encounter based on past history (spoiler: you may be surprised by the variation from one year to the next)

What to Expect from Boston Weather this Week

Take a look below at average monthly Boston temperatures and other weather statistics.

Pay special attention to record highs and record lows.  Sure, these are the extremes - but in plenty of other years, temperatures can come close to these highs and lows - so when you're packing for your trip, be prepared!

You'll also notice that precipitation is fairly evenly distributed among all the months of the year.   We get between 3 and 4 inches of precipitation every month except for February, which of course has fewer days.  The largest average about of precipitation in a year happens during March.

Keep in mind that in below-freezing weather, a few inches of precipitation translate into a lot more inches of snow.

May Weather in Boston

What Kind of Weather to Expect Each Month

To give you a more specific idea of what to expect on a month-by-month basis, here are Boston weather overviews with plenty of photos to show you what Boston looks like each month, along with activity and packing suggestions:

Fun Things to Do & See in Boston

Need a Boston Hotel or Apartment?