A Celebration of Boston's Italian Heritage

PLEASE NOTE:  The Parade will not take place this year, but a special Heritage Day event will be scheduled - details coming soon!  We are leaving the parade information up on the website in case you want to plan for next year.

The parade always occurs on the Sunday before Columbus Day.  It's been held in the North End and East Boston neighborhoods since 1937.

In odd-numbered years (2023, 2025, 2027), the parade takes place in Boston and kicks off at the Boston Public Market near City Hall Plaza and winds through the North End's narrow streets - Atlantic Ave, Hanover Street, Endicott.

In even-numbered years (2022, 2024, 2026), the parade begins in the Suffolk Downs parking lot in East Boston, marches down Bennington Street, and ends at Maverick Square near the waterfront.

Check the Boston Events in October page for the exact date and time for the Columbus Day Parade.

Where to Watch the Columbus Day Parade

The North End Columbus Day Parade (odd years) kicks off at City Hall Plaza near Government Center, marches down Congress Street to State Street, where it turns right and finally crosses the Greenway to the North End.  The marchers turn left onto Cross Street, then circle the southern part of the North End along Atlantic Ave past to Christopher Columbus Park, and complete their loop on Hanover Street.

This is a huge parade, and some marchers join from staging areas in the North End rather than at City Hall Plaza - so if you want to see the whole thing, watch it from the North End.

Typically, crowds of spectators are much larger in the North End than in East Boston.  When the weather happens to be gorgeous, you can expect many more onlookers in both places.


Best places to watch in the North End are along Atlantic Ave and Hanover Street.  Christopher Columbus Park, along the edge of the Greenway and bordering Atlantic Ave, provides extra viewing space.

However, if you want to avoid the largest crowds but still be in the sun, head to Congress Street near the Boston Public Market (next to Haymarket Station).

As you move further up Congress Street toward State Street, you can find plenty of shade from the taller buildings - a plus if the weather is hot (you'd be surprised by how often this can happen in early October), but challenging if you're taking photos.

Hanover Street provides plenty of sidewalk space.  Prime viewing spots are from the restaurants lining the street.  Make reservations for 12:30 or 1pm, and you'll have the perfect vantage spot for watching, along with a meal of some of the finest Italian or seafood - North End specialties - in the city.

In East Boston (even years), any spot along Bennington Street provides excellent viewing. 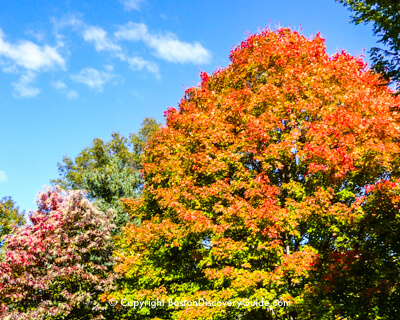 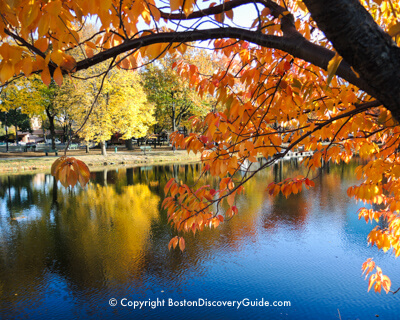 Where to View Fall Foliage in Boston 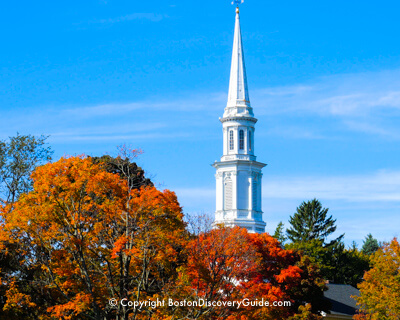 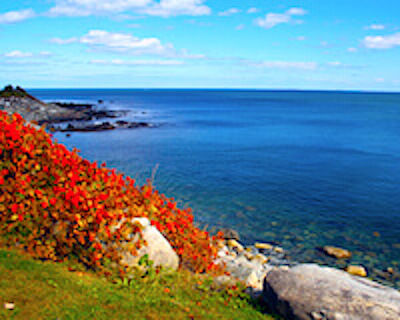 Getting to the Parade

By far the easiest way to get to the parade is on the T (Boston's subway):

If you are going to the parade in the North End, park in a garage near TD Garden or Government Center, and walk across the Rose Kennedy Greenway to the parade route.  Keep in mind that streets near the parade route will be closed, and traffic will be rerouted - and likely very congested.

Parking in East Boston can be tricky, especially on parade day- so either get there early and look for street parking, or park in a garage near TD Garden or Government Center and take the T's Blue Line from the Aquarium Station to Maverick Station - a 2-minute ride.

Hotels Near the Columbus Day Parade

Regardless of whether the parade is in the North End or East Boston, you'll find the largest choice of hotel accommodations in or near the North End.

In years when the parade is in East Boston, just hop on the subway's Blue Line at the Aquarium Station between the New England Aquarium and the Marriott Long Wharf Hotel, and a 2-minute ride will take you to the Maverick Station in East Boston.

Try these terrific hotels in and near the North End (and remember - book early, as Columbus Day is when fall foliage is at or near peak in this area and hotels get full): 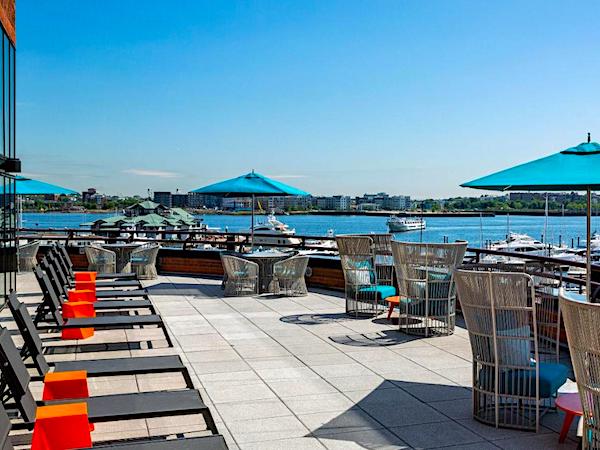 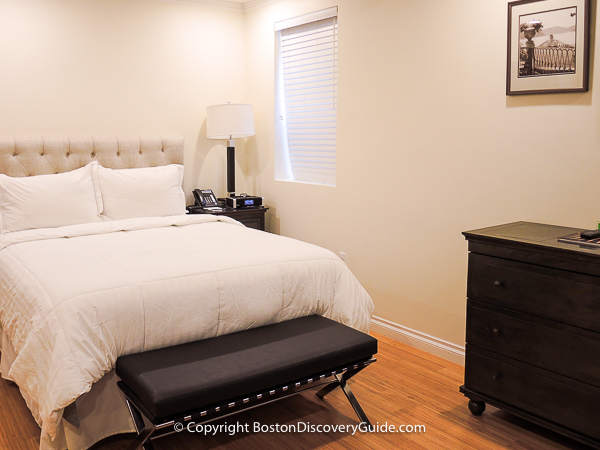 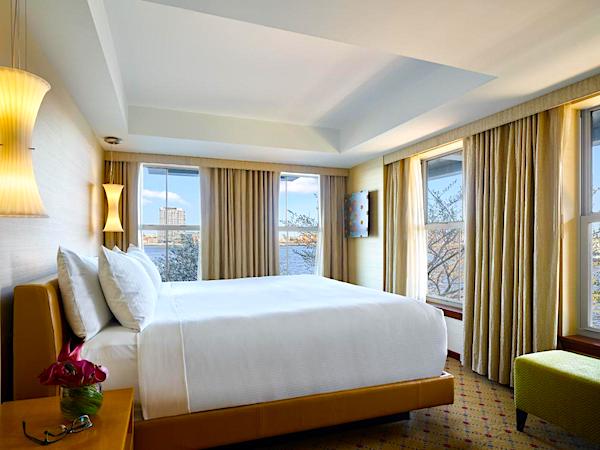 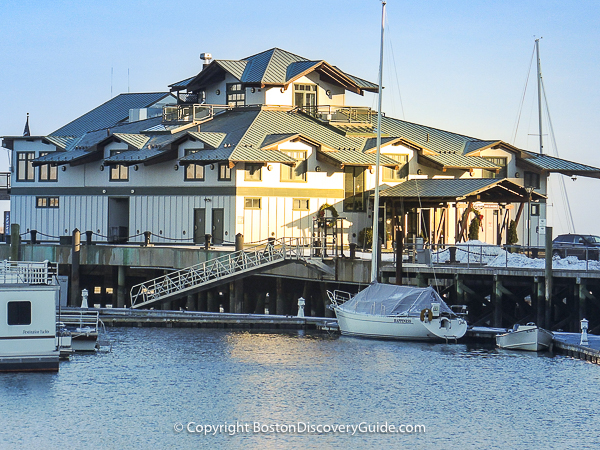 Where to Eat After the Columbus Day Parade

Watching all the parade marchers is sure to make you hungry.  Fortunately, you can find lots of wonderful Italian restaurants in both the North End and East Boston.

More Things to Do in Boston on Columbus Day Weekend

More about the Columbus Day Parade

The Committee dedicates itself to maintaining the traditions of the Italian American Community of Boston, which the parade celebrates:  family, community, and heritage.

The City of Boston's official Columbus Day Parade in East Boston is organized by the Columbus Parade Committee.  Organizations interested in marching in the parade may request an application by calling 617-569-5000.

As is the custom in Boston, as soon as the last bits of confetti fall once the Columbus Day Parade ends, street sweeps arrive to clean the streets.

It's always kind of fun to see them - plus you get a few more minutes to enjoy walking across traffic-free streets before the cars crowd back in.


More to Do in Boston in October

More Articles about Things to Do in Boston in the Fall