Where to Find Boston Film Festivals 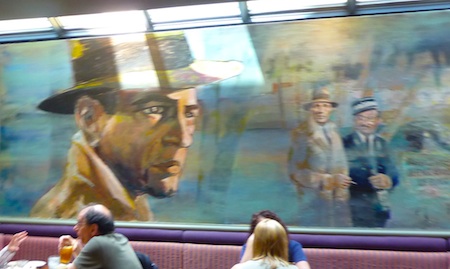 Use this Boston Film Festival Guide to find more than a dozen annual film festivals held in Boston throughout the year, plus the most convenient hotels if you're visiting from out of town.

If you're really addicted to movies, check out our list of excellent film schools in Boston where you can learn to make your own.

Most film festivals in Boston allow you to buy single tickets, or choose passes or packages good for multiple days and events.  Even bigger savings may be available through Goldstar.

Festival venues include regular Boston movie theaters, colleges and universities, Boston museums, and even the grassy expanse of the Boston Esplanade.  Most of these film festivals include additional events such as panel discussions, workshops, and social events.

Only 1 day (after all, the films are short!) of Russian Films

10 days of sci-fi movies and videos, including "The 'Thon"

9 days of Bugs Bunny and Looney Tunes, usually overlapping with winter school vacation week . . . doesn't get better than this! 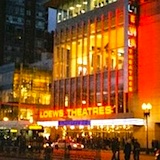 This 8-day film festival features indie films from around the world, plus lots of panels and parties, and attracts art house fans from Boston as well as across the U.S.

Go on a Boston Movie Tour


Boston Film Festivals in May

Almost 2 weeks long, the LGBT Film Festival screens a wide selection of LGBT movies and videos from around the world.

Free Friday Flicks at the Esplanade

Family classics every Friday under the stars on Boston's Esplanade - June - August.

Boston Hotels near the Esplanade

This 4-day film festival features films written, acted, produced, and directed by filmmakers from around the world with African roots.

Family favorites every Saturday during July and August

Best area to stay for all of the July Film Festivals:  Hotels near the Museum of Fine Arts in Boston

Films at the Gate

Highly regarded among actors, filmmakers, and film enthusiasts - world premiers, plus lots of question and answer sessions, discussions, and receptions.

Four exciting days of dozens of international Latino films, receptions, and special events, along with the participation of 15 well-known local, national, and international directors.

The best in Jewish-themed films - typically features 30+ films and shorts..

How to Get Discounts for Boston Film Festivals

- If you're a student, check the film festival's website for student discount prices - ditto if you qualify for senior savings.

- Most film festivals have a sponsoring organization; join it, and you'll usually get a discount on film festival tickets, plus you'll have the pleasure of supporting a group related to your interests.

Hooked on films and want to make your own?

Because of our 60+ universities and colleges in Boston, we have some of the best film schools and programs in the United States.

If you are planning a film making career and want to get a head start, find out how these top Boston film schools and programs can help you in your profession.

Widely regarded as one of the best film schools in America and internationally famous for its communications, media, journalism, and broadcast programs, Emerson College offers undergraduate and graduate degrees in film and video in its Visual and Media Arts Department.  Study with top faculty and future stars, use Emerson's state-of-the-art equipment, network with Emerson College alumni in the entertainment industry.  More about Emerson College

New York Film Academy holds summer workshops on the Harvard University campus each summer in Cambridge, Massachusetts, just across the Charles River from Boston.  The full-time workshops include classes and film-making opportunities throughout the Boston and Cambridge area.  More about the New York Film Academy

Massachusetts College of Art and Design

Massachusetts College of Art and Design - known locally as "MassArt" - offers undergraduate and graduate degrees in film and video taught by top-notch faculty, and provides a wide array of equipment for students to use.  MassArt's film/video program features weekly screenings of an eclectic mix of films and videos, and usually an opportunity for discussion with the filmmaker.   More about MassArt


Making Your Own Film?

Boston has its share of famous film makers and screenwriters who got their start in local venues - including some interesting beginnings:  Mark Walhberg (rapped under the name "Marky Mark," modeled Calvin Klein underwear on giant billboards displayed all over Boston), Matt Damon (started acting while attending Cambridge Rindge and Latin), and Tommy Lee Jones (star football player at Harvard).

If you're planning to make your own films some day, check out these sources for film grants as a way to speed your journey.

Be sure to let us know when your film will be in a Boston film festival!